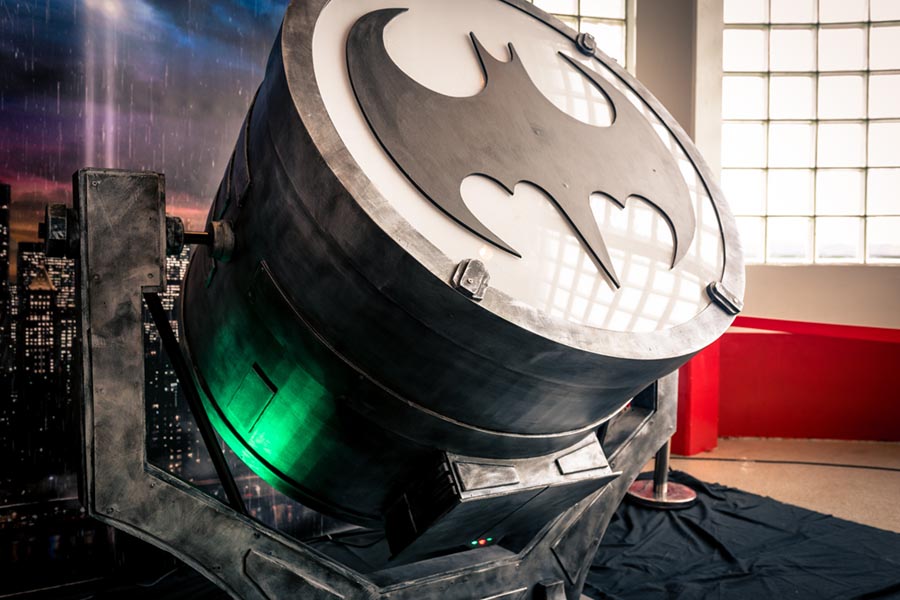 How often do you feel annoyed during your workday?

Nobody would blame you, really, considering all the insanity you deal with. Think about who brings the crazy in your office. Wouldn’t it be nice if they dialed it down?

How much happier would you be if Marty stopped overpromising and under-delivering, or Karen quit turning every obstacle into Chicken Little’s nightmare? What if Shawn didn’t waste time in every meeting going off on tangents to prove how smart he is, or if Marie just spoke up instead of hurling passive-aggressive daggers at everyone after-the-fact because no one asked for her opinion? What if the boss quit changing priorities on an hourly basis? If the CEO stopped micromanaging?

If only senior management would stop under-communicating and over-reorganizing, scrapping weeks of hard work—wouldn’t that make you feel better?

The real and surprising answer is, “No.” Not because you wouldn’t be happier if everyone behaved perfectly, but because it would take miraculous intervention for everyone to behave in all the ways we imagine would make our lives easier.

We all want things the way we want them, and this is the root of all the suffering, misbehavior, violence and partisan animosity we witness each day.

There’s an inherent disconnect with the reality of the present moment whenever we’re annoyed, and it’s likely that the cause has to do with the way we’re “shoulding” on everyone. We believe things should be different; people should behave differently. But events unfold as they will, and people continue to behave as they do.

Waiting for them to change so we can be more comfortable makes us the crazy ones.

To be a voice of sanity in your workplace, you must first recognize that thoughts that begin with “If only…” populate the service road to hell.

The arguments with reality that are spawned by “if-only” thinking whisk you away from the truth of your current situation with surprising speed, and lead you straight to the devil’s blast furnace.

No wonder you’re uncomfortable. It’s hot as hell down there.

Fortunately, you possess an early warning system to protect you from the inferno.

Discomfort is a reliable indicator that you’re headed a path that’s wrong for you and is your trusty companion on a different road—one that leads to heavenly, meaningful growth.

Instead of wishing for others to stop the behaviors that cause you to suffer (and drain positive energy out of your organization), use the discomfort of annoyance as a reminder to practice mindfulness in three simple steps:

When you feel annoyed, treat it like a personal Bat Signal telling you it’s time to return to a state of mindful situational awareness.

Before you squeeze into that form-fitting rubber Batsuit and rev up your Batmobile, drop what you’re doing and consider the problem.

Next time a colossal “ANNOYED!” sign illuminates your sky, stop, and take four slow, deep, intentional breaths. According to the neuroscience geeks who study mindfulness, that’s really all you need to deter you from speeding off on a misdirect orchestrated by the Joker—and missing the real action.Four breaths will help calm your nervous system and give you adequate space to prepare for the next steps.

Annoyance is your signal to notice and name that you feel annoyed, which seems like a superfluous bit of advice since you already feel annoyed. But feeling something unconsciously is different from noticing that you’re feeling it, with the presence of mind to approach it in an intentional way.

When Shawn’s on his tangent or Karen’s freaking out, others in the room may be feeling annoyed too. If they don’t notice it, they get caught in the emotional whirlwind of anger and self-centeredness (I want it the way I want it!), and the whole group spins off to Gotham’s dark underworld before your very eyes.

It takes a bit of practice to acknowledge being annoyed.

I find that naming it aloud can be helpful. Just as Otto (Kevin Kline) declares, “Disappointed!” when he opens the empty safe in “A Fish Called Wanda,” I hear myself exclaiming, “Annoyed!” as a tether to my feelings in the moment. Once I have named it, I can quickly get to the heart of what’s truly bugging me, and begin to think about solutions.

We often feel emotions like annoyance without giving them the time of day, because they’re only mildly to moderately inconvenient and they stop us from Getting Things Done. And we’ve been conditioned to believe that if we’re not Getting Things Done every second, we’re not adding value.

Noticing what we feel, before we leap into action, opens up an underutilized data set that requires emotional intelligence skills to interpret, and actually makes us more productive.

Emotions are data—they tell us when something’s “off.” We have a sense that something’s wrong, long before we cognitively understand it.

We’ve all been in situations where something felt bad—anywhere on the scale from slightly icky to hellishly hideous—but we never stop to address it because we think we don’t have time.

And we couldn’t be more wrong.

Adept handling of emotionally trigger-y situations requires taking a moment to recognize a trigger for what it is, and another moment to defuse it.

If we don’t learn to respond with curiosity when we’re triggered, we’ll spend the rest of our lives thinking up better responses twenty minutes after we’ve left the room.

We might think, “S/he should have handled it differently,” but just because we think someone should behave differently doesn’t mean they will, and the reality is that they have already done whatever we wish they hadn’t. It can’t be undone. We’re squabbling with reality, and we will never win that debate.

Accepting reality means seeing events for what they are—something that happens out of your control and gets your attention—then recognizing that an event by itself is just an event.

The trick is to look inward for the thoughts that are causing you to react, and the beliefs that lead you to create a story about someone else’s intentions.

Mindfulness breaks, moments of non-action where you release your thoughts and simply breathe, can give you the space to incorporate emotional intelligence practices in your everyday responses to whatever doesn’t unfold the way you think it should.