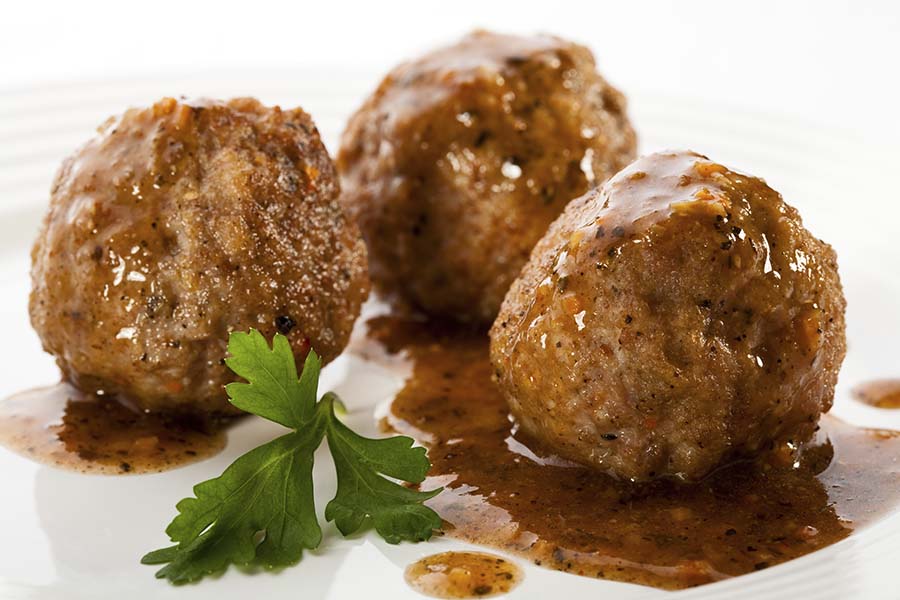 Our yoga instructor had asked each us to think of one word, in any language, that was our favorite. Asking a writer for a favorite word is the ultimate Sophie’s Choice. How can I favor one word over another? And to what end? Did that mean I had murdered all my other darlings? I began to panic: what single word did I feel a strong connection with at this moment?

One woman used a German word that I’d never heard, that meant “chaos” or “mess.” I loved her for that.

Everyone had a word that felt appropriate for a yoga class. Except me. My word was “albóndigas,” which my Cuban-American colleague Pedro knows is at the top of my list of favorite words to say.

I was up next. The instructor made eye contact.

“Albóndigas,” I blurted. One of the yoginis in the back of the room let out a little chuckle.

“Ablundigas?” our instructor asked, cocking her head to one side.

“Albóndigas.” I repeated, this time slowly and with gravity, and a hand gesture that indicated that the word came from someplace deep. “It’s a Spanish word. It means ‘meatballs.’”

I was left to try to explain why, at that moment, “albóndigas” was the word that bubbled up, and I couldn’t—except to say that it was fun to say out loud. As much fun to say as “Lemony Snicket,” as far as I was concerned. I managed to admit that perhaps it had something to do with my present state of mind, although I couldn’t quite elaborate.

The yoga instructor smiled, kindly indulging my eccentric choice, repeating the word until she had it down. She nodded politely and moved on to the next person. As she continued around the room, I was pretty sure I sounded like a moron. I felt like the turd in the punchbowl. But all I had was “albóndigas,” and I wasn’t willing to be the coward who takes a pass when participation might put me on the road to enlightenment.

“Grace,” said the woman next to me.

For the rest of the class, I pondered the Spanish meatball, and what might have caused that word to rise to the top of my consciousness in a room full of mindful, grounded souls who were clearly dwelling in a much more sacred space.

Suddenly, as these things do during yoga class, the meaning of the albóndigas moment became clear.

I’ve been guilty of taking myself terribly seriously of late. Between the house fire and several other gravely adult matters I’ve been dealing with, I’ve been on a somewhat humorless path. I’ve been angry and inconvenienced, and now it’s fucking HOT out. There are plenty of reeeeeeeeasons why I might not be finding levity in my present moment experiences, but my albóndigas told a different story.

“Lighten up,” the meatballs seemed to be saying to me. “Go out and play. Have a savory snack. And stop taking yourself so seriously.”

I recognize that there are serious issues to be resolved in the world. However, inflating my sense of importance, moving about in a state of gravitas, or spewing truths from my deep well of wisdom isn’t going to help as much as stepping back and finding the humor that reminds me of how ridiculous I can be, especially when I take myself seriously, all the while reeking of self-righteousness and solidly justified opinions.

As I lay in savasana, connecting to the collective energy of the class—no, the world!—I was reminded by forces much wiser than I am to eat, pray, laugh.

“Albóndigas” will be my mantra, until further notice.