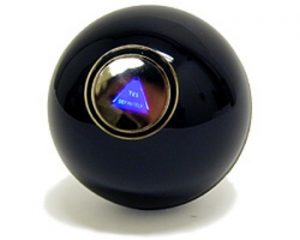 I just returned from an extraordinary experience that quite possibly has changed me forever.  I know that’s a big statement, but I’ll warn you that what follows is even bigger and more ‘woo-woo’ than that.  In fact, it’s so big, one blog post won’t cover it.

Martha Beck’s book “Steering by Starlight” started me on this journey in 2009, and this weekend, I was fortunate enough to meet her, along with a large group of fellow ‘wayfinders’–life coaches with a deeper sense of connection and calling than I can possibly describe.  Martha and her coaches are part of a tribe of change agents who are following their calling, which I see as a step in the higher evolution of humanity.  (See, I told you it was big.  And woo-woo.) More on this another time.  Now, it’s time for a story.

We convened in Arizona, a hotbed of inexplicable energy, for a life coaching conference called a “Meet and Greet,” a woefully inadequate description of what happened there.  After our lunch break on Saturday, the garlic served at lunch began announcing its presence to anyone unfortunate enough to be within a foot of my mouth, and I was loathe to inflict this suffering on anyone else.  Standing with two of my co-coaches, whom I’ll call Deborah, since they share that name, I announced, “I would KILL for a stick of gum right now.”  I immediately shifted into intent setting, but only got as far as, “I’ll just manif…”

By this time, Deborah had purposefully reached into her purse and pulled out a fresh pack.  “I haven’t bought gum in about 10 years,” she said.  “I was walking through the airport on the way here, and I don’t know why, but I bought this pack of gum.  Look–it’s not even open!”

I was delighted that we had a witness to share our astonishment, and that I could get the garlic out of my mouth before I began telling the story to anyone who would listen.  I was grateful that someone I had never met unconsciously anticipated the moment of my need, doing something even she didn’t comprehend at the moment.

One of the biggest lessons I took from this weekend is to Expect Magic.  Once you do, it will crop up daily in large and small ways.  Magic becomes a mundane, but no less joyful experience.  It’s no longer surprising, but it’s still a cause for gratitude.  I have set an intention for my Insight Coaching to be a conduit of real magic for my clients, and for my life to be infused with it.  Let’s see how the stories unfold.