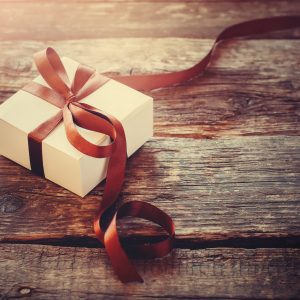 Confused about your greatest gift(s)?  Here’s an easy way to recognize them.

Our friends Grant and Erin are in town with their 7-year-old son, G. As we visited the community overlook on a beautiful early-summer evening, we ran across a neighborhood couple, Greg and Laura, and their two sons, the youngest of whom just turned 8. The four of them were playing laser tag with some fancy toy guns, taking cover in the woods, climbing to the top of the play set, hiding on the steep slope overlooking the Chesapeake Bay. Graciously, they invited G to play, even before being introduced to his parents.

Greg has an easy manner with his own boys, and he made sure G was instantly accepted and included in their game. When I alluded to Greg’s kindness, Laura mentioned that he was a truly amazing father to his boys, and that he loved being with the boys so much, he had begun coaching a sports team so he could extend the joy he felt by including more kids.

As the sun began to set, we rounded up the boys and began to walk home together. The adults engaged in a conversation that was easy and natural—as if everyone had known each other for twenty years, not twenty minutes. The boys continued to play until we said our goodbyes at their corner.

The following morning, while Grant and I sipped coffee on the back deck, he mentioned how much he appreciated the way Greg embraced G’s presence, how he brought G into the fold and made him feel welcome. “I want to do more of that,” Grant said. “I love how he embraced my son, and I’m inspired to do that more—really embrace the boys I meet. Next time you see him, please tell Greg he was a source of inspiration for me.”

Greg never set out to be an inspiration to anyone. I’ve known him since his boys were quite small, and while we’re only acquaintances, it’s clear to me that he’s a stand-up guy. One of his gifts is his ability to be a role model for other men simply because he loves kids. From the core of his being. Without fanfare or need for recognition. As if everything he does carries the same message: “Here’s how to treat young boys—by including them and encouraging them. By doing so, we teach them how to include and encourage others.” His consistent message of love and inclusion shines like a beacon because it comes from his deepest, most authentic self.

Chances are, your greatest gift has a similar origin. It comes from a place of love, and you express it so naturally you don’t even notice it. You may even discount it, thinking, “If it’s that easy, perhaps it has no value.”  You couldn’t be more wrong.

True gifts, the most valuable gifts, are the ones given freely.

You may practice it unconsciously, not realizing the positive effect it has on others.  The truth is, it’s nearly impossible for you NOT to practice it, as it emanates from the core of your being. And it’s also likely that somewhere along the line you’ve inspired someone.

Ask around. Find out what you do that inspires the people closest to you, and notice who inspires you, and why.

I’ll wager that your particular genius is wrapped up in the ways you give, and receive, inspiration.

Once you’ve named those ways, you’ll have a better sense of your unique gifts so you can find ways to give them more  often.