Presenting Strength, in 15 Minutes or Less 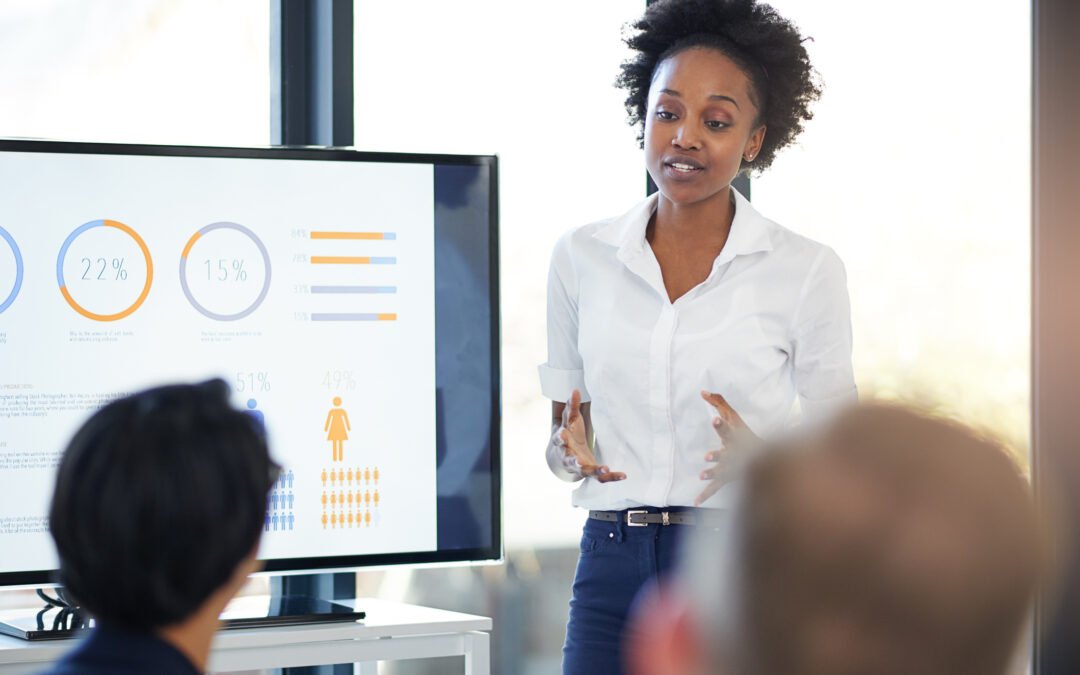 This is the second in a series of moments in which clients do important, transformational work that makes me want to give them a standing Ovation. Some details have been changed to protect confidentiality. Every word in every client’s story has been vetted and approved for publication by the client.

Rani is a healthcare executive with multiple graduate-level academic credentials from top universities that would make any organization swoon. Her positive energy is contagious, and her sense of humor, intelligence, and honesty are compelling in a way that lights me up whenever her name pops up on my schedule.

When she called in for a 15-minute “triage” session last week, she was feeling angsty about an upcoming presentation to the Board of Directors, so we got right to the heart of things.

She told me that one of her key metrics is missing its mark, and she worried what the Board would think. “I know I have an opportunity to show up with confidence and comfort, but I’ve got some angst about being the messenger of not-good news,” she told me.

Like most of us, Rani’s go-to response to the underperforming metric was to make it mean that she was 100% responsible, and that the “failure” was a reflection on her.  I’ve noticed a similar tendency in many clients who have generous spirits and high achievement orientation—they misunderstand the nature and extent of what they can control. The over-developed sense of responsibility that comes from this disconnect can cause them to take failures personally.

We talked about what Rani had control over and what she didn’t. She realized that she had no control over how well the other teams involved had executed their work, or whether colleagues and bosses might blame or judge her for the organization’s failure to meet the metric.

What she did have control over, she realized, was her perspective, and the emotionally intelligent, professional approach she took to planning her presentation.

For Rani, the shift came when she understood that her presence at the Board meeting was, in some ways, more important than her performance leading up to the moment of having to deliver the not-good news.

“I’m always wanting to be in a space where I’m not not doing good,” she told me. Her double negative was a revealing indicator of her mindset, and since problems don’t typically get solved from that kind of mindset, I asked her to reframe it.

“Define the space you’re in when you know you are doing good,” I suggested.

“I feel light, happy, and there’s no pressure,” she said. She decided that this was a better space to be in when she talked to the Board.

Yet the unmet goal loomed like an indictment of her performance, a final, harsh judgment.

“What if unmet goals are waypoints rather than endpoints?” I asked.

Everything shifted for her in an instant. If the story of the metric itself didn’t have a happy ending, she could talk to the Board about it in a way that made it clear that the story wasn’t over. She could still use the unmet goal to demonstrate her competence, confidence and commitment to learning from what worked and what didn’t.

“My strength as a presenter is not about being ‘articulate,’ it’s because I’m really good at telling the stories!” she said. “That’s what people appreciate about me. Can we just stop a minute? Because this is a powerful moment!”

We let that sink in.

While the story wasn’t what the Board might have wanted to hear in terms of the metric, she fully understood that she had the power to make it a compelling story. If she takes the perspective that applying the experience and learning she has gained to the next steps in the journey is more important than where the number stands at this moment in time, she can remind them that a continuous improvement journey never really ends.

The underperforming metric is a waypoint, not a destination. And by framing it within the context of a never-ending journey, she’ll harness the power of metaphor to help the Board understand that they’re still on a path that will get them closer to their destination.

“Even though the information is not what they want to hear, I can still deliver it as a value-add, substantive and clear,” she said.

And my guess is, that’s exactly what she’ll do.

This is my Ovation to “Rani”: In just a handful of sessions, you’ve become noticeably more thoughtful and self-aware. You understand your own tendency to go to the negative side first, and you’re catching yourself in the act. You also understand the power of language—internal and external.  I’ve seen you learning how to speak to yourself in ways that will change how you speak to others, and will be part of the foundational leadership skills that will underpin your inevitable career success.

And I’ve seen you take fifteen minutes of focus, and use it to break through to the next level.