The things we try to carry on our own 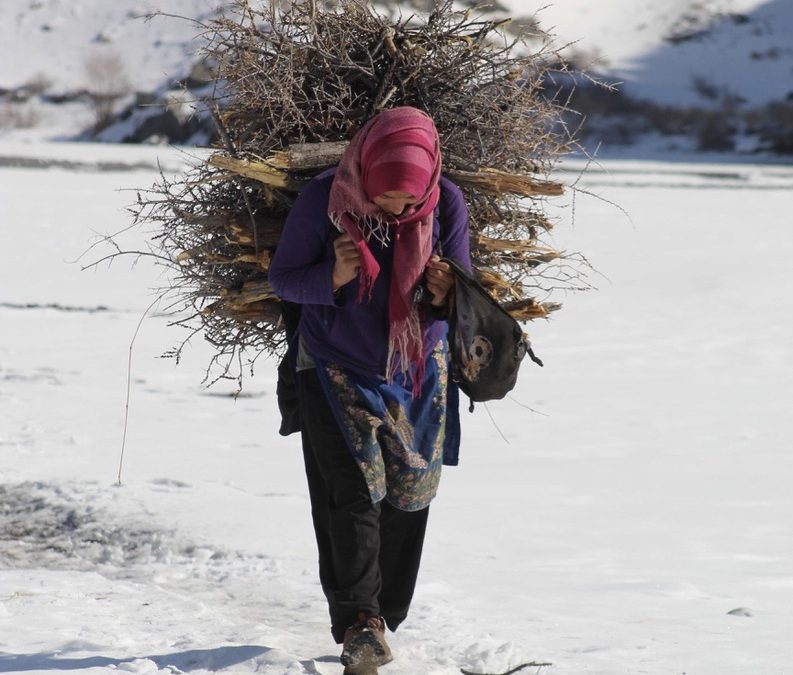 I had a dream last night in which a woman I didn’t know was collapsing in grief on the sidewalk in front of a brightly lit theater marquee.  As I went to lift her up, she said, “You always know what to do.”

I said to her, “Let me hold some of this pain for you, so you don’t have to hold it all yourself.”

She began to transfer some of it my way–not all of it–but enough so that she was able to stand on her own.  I wasn’t harmed or weakened by the process. It felt sacred to make the offer in a detached way, reminding me of the Hafiz poem that begins: “Troubled? Then stay with me, for I am not.” I understood in the dream that this was my gift, and I offered it freely.

In order to decode this dream, I used a technique I learned in coach training that takes a Jungian approach. It assumes that all symbols in the dream are an aspect of myself, which requires me to “become” each symbol and speak from their perspective.  When I took myself through the process, I realized that some part of my own pain is unknown to me, like the woman, and has to do with feminine aspects of myself (otherwise the symbol might have been a man, or some other creature that might represent a different aspect).

The dream isn’t surprising, as I have been wondering a lot lately about my connection to the Feminine Divine, a concept that’s still foreign to me, yet seems to connect many women in a deeply felt sisterhood. It’s something I am curious about, and feel somewhat inadequate about, as if I’m missing something truly magical and important.

I often think about indigenous women, the rituals they observed, and the crucial roles they played in their society as matriarchs and healers. I have been thinking about my own ancient origins–who were my ancestral women, and what did they want for me? I feel the pain of not knowing the answer, and not knowing how the connection could possibly exist whether or not the answer does. There’s a longing in me that my rational mind wants to dismiss as woo-woo nonsense. It’s a part of me that vehemently denies that what I really want is to release my feelings of separateness with some sort of ritual of belonging.

The dream is telling me that the entire story of my pain is available to see, as if on the big screen. It’s just inside–all one has to do is walk past the brightly lit marquee above the entrance to the place where it all plays out. Anyone who gets into that theater would be able to see the film of my pain unfold. I don’t see anyone going in, although several people walk past. They know the movie is playing inside, but they don’t enter. Do they not have an invitation? Are they not interested? The dream invites me to wonder who might want to be admitted, who might appreciate a ticket, and whether I’ve made any tickets available.

There were a few people on the sidewalk outside who witnessed the scene.  I had a sense that they understood what was happening, which reminded me of a small band of women I’ve recently joined–a powerful group of healing women who all seem to understand the unique feminine connection I’m craving. It occurred to me that I haven’t spoken much about this to any of them, or to my closest, safest friend, so I reached out immediately, and was rewarded with compassion, understanding, and acceptance.

The dream helped me realize that I habitually attempt to carry the heaviest of emotional burdens essentially alone. And I’m guessing I’m not the only one.

Even though there are always compassionate souls willing to share the weight, we either don’t ask, or don’t accept their offers to lay our burdens down for them to carry for a while. We miss the opportunity to ask for or accept a bid for connection, which are “fundamental units of emotional connection.”* Making our own clear bids for connection, and turning towards the bids made by others, fulfills our longing to be seen and heard by someone we care about, and it lightens our load.

What are you carrying alone? Grief for unrealized dreams? Sadness for the life you thought you’d be living now? Shame that you haven’t embraced the life you truly want?

If you find yourself tearing up at the slightest thing, you’re carrying too much on your own.  Reach out, and lighten your load.

*According to John Gottman, The Gottman Institute. One of my go-to resources for relationship wisdom–find it here.