You’ve Got to See it to Believe it 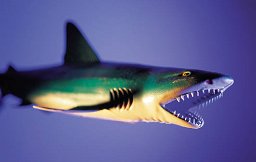 I had the honor of facilitating a private group workshop this weekend, with eight amazing women.   There was a lot of laughter and a river of tears, and each woman seemed to move her own healing forward in some way.  The theme was “Getting Unstuck.”

What struck me is that it really didn’t matter what challenges they each faced, or where they felt stuck, the process of breaking through is the same.  One woman’s beloved father passed away recently, another ended her marriage.  One was plagued by fears of a painful future that she had no reason to believe would actually happen, and another was struggling for answers to why she couldn’t find a man with whom she wanted to create a lasting relationship.  Yet another was trying to understand and diminish an enormous well of anger.  Others longed for a clearer vision of their life’s purpose.

Breaking through will require each one to listen closely to the messages their essential selves are struggling to send.  It will mean listening with their bodies and paying attention to their night dreams.  They will get ‘unstuck’ when they no longer resist the parts of them that they feel have failed them in some way.  They will move forward when they let go of the story that they can’t figure it out, and embrace the idea that they don’t have to.  The answers will reveal themselves, and a sense of ease will ensue.

One of the agenda items for Getting Unstuck was “Going Out of Your Head.”  Since most of them already felt they were losing their minds dealing with the issues at hand, the suggestion that they ‘go out of their heads’ may have sounded counterproductive.  But what I meant was that instead of trying to solve the issues by thinking, thinking, thinking (which ironically is what got them stuck in the first place), we’re really wired to solve the puzzles of our lives in a right-brained kind of way.

One of the most riveting and poignant moments of the day (and there were many) was an exploration of the metaphor for one participant’s anger.  She envisioned a shark–a HUGE shark.  She couldn’t always tell where it would come from, or when.   She imagined it telling her, “If you leave me alone, I’ll leave you alone,” and she imagined telling it to “just go away!”  If she were able to transform it, she said, she would turn it into a butterfly.  Fins would sprout into wings.

This image of the shark’s fins turning into wings that would allow the butterfly to leave the briny depths of the ocean and fly was the first step to making it happen for her.  By conjuring up this image, she began her process of healing.  Now that she’s seen it happen in her mind’s eye, it has become possible.

What part of your life would you like to transform?  Ask yourself what that part of your life would be, if it was a person, place, thing, or animal.  Imagine it fully, where it lives, its size, how close it is to you, whether it’s moving toward you or away from you.  What does it feel like, smell like?  What is it saying to you?  How do you respond?  Now imagine it transforms into something else, something really wonderful.  What is it?  How does the transformation proceed?

Once you see it, you can believe it.  And once you believe it, baby, it’s already yours.